2015 was a fantastic year for movies. There were brilliant popcorn flicks, (Ant-Man, Kingsman: The Secret Service and Furious 7) thought provoking dramas (Spotlight, Sicario and Bridge of Spies) and all around intriguing films (The Revenant, The Assassin and Chi-Raq). When judging my top 10 movies of 2015 I tried to find the balance between the most unique films and the ones that I had the most fun with. The selections were carefully thought out and have been the movies that have stayed in my mind throughout the year. After reading through my top 10 make sure to check out the honorable mentions (the ones that just missed the cut).

A movie that explores many different shades of grey, Legend can definitely be included in amongst the gangster epics of the 20th and 21st century. A story that was yet untapped by Hollywood was masterfully adapted by Brian Helgeland and brought to life brilliantly by Tom Hardy, Emily Browning and Christopher Eccleston. It was funny and the closest I’ve seen a gangster movie come to my favorite movie of all time Goodfellas since it came out in 1994.

The Big Short was the math lesson that I dreamed of having. It was without a doubt one of the most entertaining, informative movies I’ve ever had the pleasure of seeing. Going into it I had no idea about the housing market and the crash of 2008. Afterwards I was visibly shaken after learning about the travesties that occurred. The biggest surprise about The Big Short was that Adam McKay directed it. He did such a fine job with the material and found a way to deliver the message to the audience, through the awesome breaking of the fourth wall. The performances of Christian Bale, Steve Carell and Ryan Gosling all helped add flavour to this movie and eventually lead to its surprising awards run. A must see for all people wanting to know what actually happened in the crash of 2008.

Brooklyn is a triumph filled with brilliant acting, directing, writing and cinematography. The music accompanies the film perfectly and one of the standout scenes is when an Irish folk song is sung at the Christmas dinner for the poor Irishmen. It not only brought Eilis to tears, a few tears dropped out of my eye as well. If only every romantic drama was made as simple and beautiful as this.

A spinoff to the ultra successful Rocky series, Creed tells the story of the son of Apollo Creed, the legendary boxer who died at the hands of Dolph Lundgren in Rocky IV. What many thought would be a rehash of the Rocky series was actually a new, original twist on the boxing legend. With director Ryan Coogler coaxing career best performances out of Michael B. Jordan and Sylvester Stallone, this movie proved to be the best boxing movie we’ve seen in years. It also featured one long camera shot that would make Birdman helmer Alejandro Gonzalez Innaritu proud. Creed was the perfect way to return to the hallowed city of Philadelphia and to the universe of Rocky Balboa.

Think Reservoir Dogs in a log cabin, during the civil war and you have The Hateful Eight, Tarantino’s return to the dialogue rich, small scale movie that made him revered in the film community. Now The Hateful Eight isn’t exactly small scale with its 70mm which is used to much effect at the start of the movie. But once the characters settle in the cabin, get ready for 2 and a half hours of magic. The actors all had fantastic chemistry together with Walton Goggins and Samuel L. Jackson both deserving awards love. My only complaint about this movie was that it wasn’t long enough, with every bit of its dialogue leaving me ravenous for more. The Hateful Eight is a game of Clue that I definitely want to play.

Spotlight is a polished, straight-to-the-point movie that features a brilliant script and a fantastic cast who portray their characters to perfection. This was by far one of the most straightforward movies of the year. But that’s a really good thing because with the subject matter it dealt with it had to be honest with the facts and present them in a way that informed the audience and kept them engaged. Spotlight did all of that and more, making a movie that has seared many of its images in my brain. Nothing in cinema was more potent than the final scene before the credits when it showed the cities affected by Catholic abuse, the list seemed to go on forever and reminded the audience that this despicable act is still running rampant. This movie not only makes you think but it’s also a dazzling investigative journalist movie that can be named in the presence of the all time greats Zodiac and All the President’s Men.

Every time you think you’re about to get bored with Marvel they go and surprise you. The likes of Captain America: The Winter Soldier and Guardians of the Galaxy have both been different breeds of the superhero movie and have both paid off in a huge way. With Ant-Man Marvel showed everyone that smaller is better and made in what my opinion is the best (Disney) Marvel movie to date. It’s funny, intelligent and opens the door to infinite possibilities in the Marvel Cinematic Universe.

This movie only made its way into my top 10 of 2015 in January. I hadn’t had the chance of seeing it so I bought it on Blu-Ray and it was one of the best choices I made. This movie is almost as intelligent and beautifully written as the books of the titular character David Foster Wallace (played astonishingly by Jason Segel). How this was not in the awards race is beyond belief, especially considering the ingenuity of the dialogue between Segel’s Foster Wallace and Eisenberg’s Lipsky. This is a movie filled with fantastic performances and brilliant dialogue, a huge asset in my top 10 movies of 2015. For any who haven’t seen The End of the Tour yet, make sure you do it’ll be worth every minute. 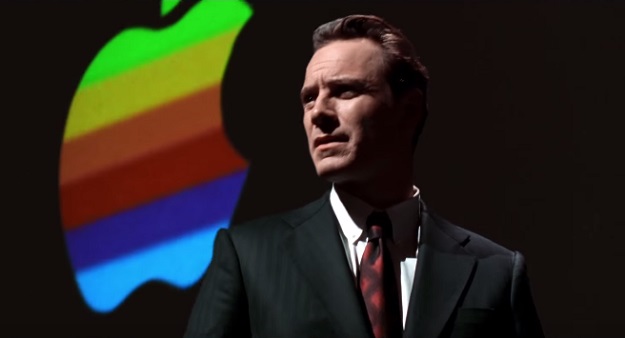 Steve Jobs. A name so often contributed to the tech innovator who completely revolutionized technology as we know it. But for me my brain will always point to this movie, which takes such a complex character and dissects him in three acts. If this was a play I’d pay a lot of money to watch it. Once again the performances and writing is sublime, but Steve Jobs is also accompanied by a fantastic score by Daniel Pemberton and visual panache brought to the table by British director Danny Boyle. Steve Jobs can be described like the man himself… pure genius.

If all blockbusters were as intelligent and fun as The Martian we’d be lucky people. The Martian perfectly combines science with science fiction and finally gives us a fantastic sci-fi from Ridley Scott after so many years of meddling in mediocrity. Led by a stellar ensemble, The Martian not only marinates in the joy of human triumph but also shows what happens when people unite for one cause. It’s a fantastic movie about the courage of one man and how his ingenuity united Planet Earth. This is going to be a movie I rewatch each and every year. It is my favourite movie of 2015.

What do you think of this list? Any choices you completely disagree with? Let us know in the comments below…