Hello there ladies, gentlemen, this is Get Reel Movies’ Best of Netflix, a series, dedicated to helping readers who can’t be bothered to go to the Cinema to get the full value out of that most wonderfully addictive streaming service, Netflix.

Dark, Grim, Gritty, and delightfully tongue in cheek, Sin City is a fantastic adaptation of controversial comicsmith Frank Miller’s much-loved Sin City series, brought to us by one of my personal favourite directors, Robert Rodriguez. The film adapts three of the main Sin City stories, The Hard Goodbye; The Big Fat Kill; and That Yellow Bastard, creating an interweaving tale of corruption, vice and murder hopping seamlessly between the connected tales of a Street Thug avenging the death of a prostitute for which he has been framed, a Photographer who gets drawn into the troubles of the Prostitutes of Old Town, and a Policeman trying to protect a young girl from a sinister rapist. 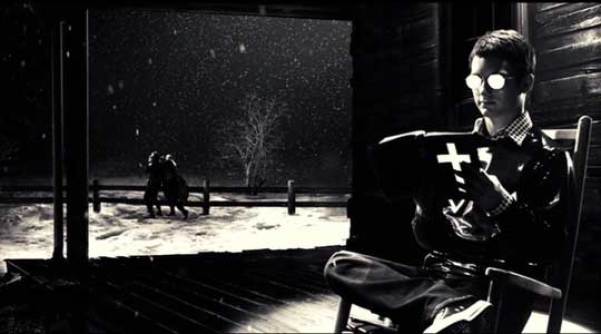 One of the most iconic features of the film is its stylised black and white aesthetic, excellently emulating the aesthetic of the comics it is adapting. The black and white style excellently compliments the almost cartoonish nature of the film’s action. In the traditional Rodriguez style, the action is incredibly over the top, with liberal sprayings of blood, buckets of bullets, and an all-around disregard for realism that may have stretched the remit of suspension of disbelief in any other picture, but inSin City it all serves to add to the pastiche of pulp detective stories the film is clearly aiming for.

The film has an impressive ensemble cast, featuring Mickey Rourke, Rosario Dawson, and Jessica Alba, with standout performances from Bruce Willis and Benicio Del Toro, creating a diverse and fascinating cast of characters. Willis especially puts in a brilliantly tortured performance as John Hartigan, perhaps the last decent cop in the city, bringing across the grim determination of a man who refuses to be broken. Del Toro brings a highly entertaining and very sleazy performance as Jackie-Boy, bringing an element of the deranged psychosis of Doctor Gonzo from Fear and Loathing in Las Vegas into the role, he is probably one of my favourite elements of the feature, even though he only plays a minor part. 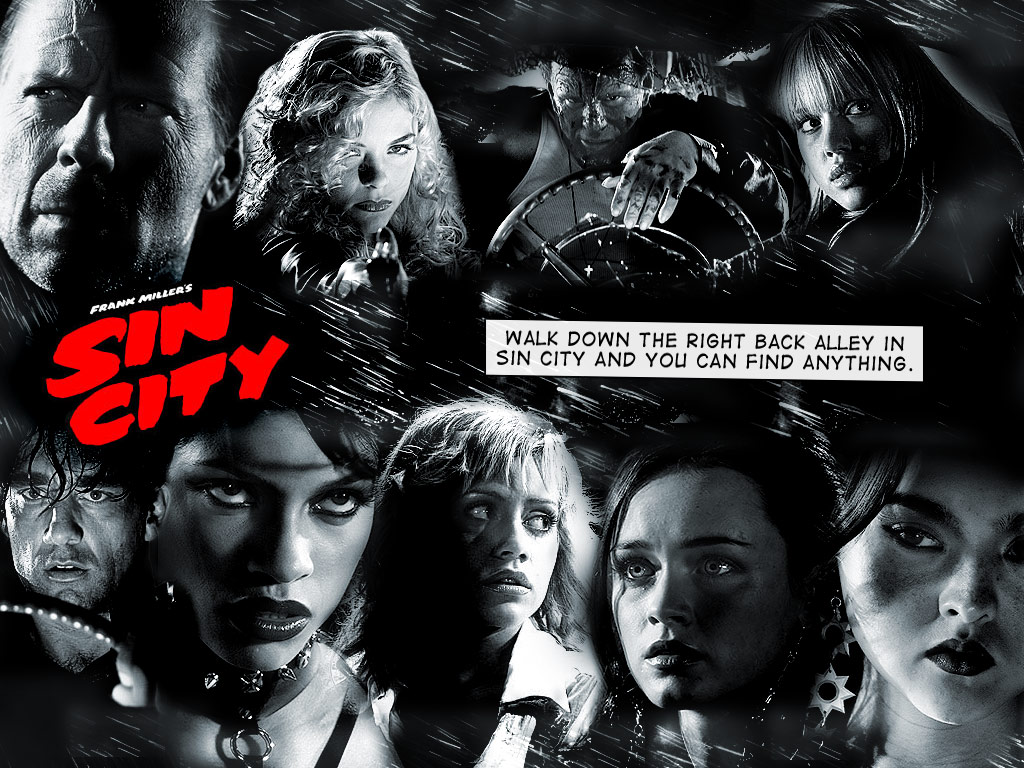 The dialogue is, like the rest of the film, gleefully cheesy, grim voiced, gravely interior monologues, narrating the unfolding events with wonderfully obtuse metaphors in the classic Pulp style. The inter-character dialogs have a similarly over the top feel to them, but as with everything else in Sin City, they are all the more enjoyable for it.

Ultimately, while Sin City is, at its heart, a very silly film, it is tremendously enjoyable. The action, dialogue and cinematography is fantastically gung-ho, and absolutely self aware in its ridiculousness. If you’re into fantastic action, self aware craziness, and some actually really effecting acting work, the Sin City is definitely well worth checking out. 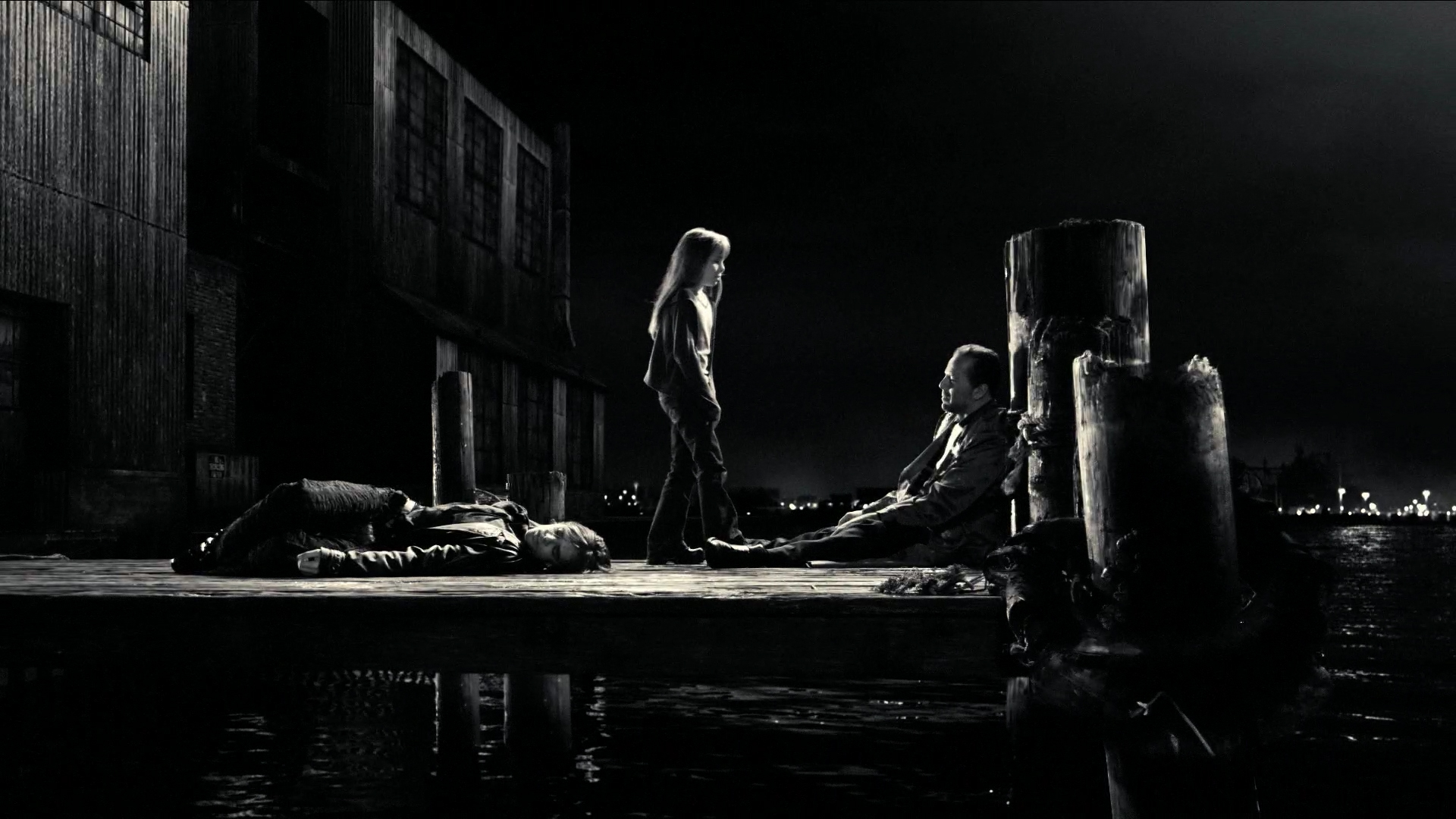 What do you think of Sin City? Let us know in the comments below…