While this movie started the MCU it was the one movie that I didn’t find enjoyable. It had some good action but Norton wasn’t right for the role and luckily Marvel hired Mark Ruffalo, and the rest is history.

While it was amazing seeing Loki back after his tour-de-force performance in Avengers, Thor: The Dark World failed to keep the audience’s attention and the best thing it did was set up Guardians of the Galaxy. And leave us with a cliffhanger that is just too hard to bear. Seriously Marvel?! Do you need to put this many movies between The Dark World and Ragnarok. Just tell us what happened to Odin!

Thor introduced us to the Norse god who provided us with so much entertainment throughout his time in the MCU. But most people remember it for introducing us to the master-villain of the MCU that is Tom Hiddleston’s Loki. While enjoyable Thor has never appealed to me in a standalone setting. Much better in ensembles, as that scene with Hulk from Avengers shows.

Where the Avengers originated, we owe a lot to Iron Man 2. But regarding its place in the MCU, it’s definitely the worst Iron Man. Note to self, never hire Mickey Rourke as a villain, he did not work at all. It would’ve worked better if they had used Sam Rockwell more.

A fun loving Iron Man movie, Shane Black’s version of Tony Stark was thoroughly enjoyable. While not as good as the first Iron Man it represented a satisfying close to the Iron Man trilogy.

Another great ensemble from the master we know as Joss Whedon. With a more serious tone than the first one Age of Ultron gave the audience a great new villain to enjoy and some great new characters. And we finally got to know more about Hawkeye and Black Widow which is a big relief considering how under used they are as characters.

A great film for a history buff like me, this film made me love the Captain. While it ranks low on lots of Marvel fans lists I beg them to give it another chance. This movie was more important to the MCU than you know and also apart of the best superhero trilogy ever. 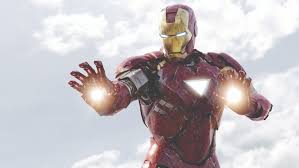 One of my favourite Jon Favreau films, Iron Man got me hooked on all things Marvel. Tony Stark was confirmed as the coolest character in the Comic Book Universe and Downey Jr. with him. Many see this as the “true” start of the MCU.

A fun, hilarious action ensemble extraordinaire. The best villain of the MCU featured in this movie and we were given the best version of Hulk ever. “Puny God!”

4. Guardians of the Galaxy

An amazing mix of 80s music and action comedy, this movie is the risk that paid off in a huge way. A must see for all cinema and Marvel fans.

Part Three Days of the Condor, part All the President’s Men, this movie was a political thriller with an action packed story. It shows us that side of Captain America that we didn’t see in the first movie — How kick ass he really is!

Until recently my number one slot, Ant-Man represents everything good about the MCU. Light humour, great story, and characters that we learn to love deeply. It crawled into my top 3 because of the huge heart this small movie has. It really shows that smaller is better sometimes when it comes to filmmaking.

There’s something about the Captain America that just clicks with me. Maybe my morals are more in line with his, or it’s just because he’s the coolest character on screen but all the Cap standalone films have been thoroughly enjoyable. Civil War however was more than enjoyable. It made its way into my top 1o movies of all time! If you can find a movie that better handles such a large ensemble with such grace you would surprise the heck out of me. The movie is a labor of love and features awesome action, heart-wrenching drama and some fantastic comedy to boot. It just makes me more excited to see what’s happening next in the Marvel Cinematic Universe.

That’s all folks! Thanks for making it to the end.

Do you agree or disagree with our MCU rankings? Please, let us know in the comment section below.

3 Replies to “Ranking Movies in the Marvel Cinematic Universe”