I have always found it challenging to review crude comedies like Fist Fight because it hard to judge a bunch of filmmakers who are not concerned about the film-making aspect of the movie while all they care about is making the audience laugh.  We can talk about the acting and the jokes in this movie because that is pretty much everything the audience is looking for. Fist Fight goes a long way to try to generate good laughs, and the script leaves nothing behind.  You will see all kinds or rude, R-rated, silly, and meaningless jokes in this one as the writers try to throw everything at you and see what sticks. The excess baggage of silly R-rated jokes all over the place in Fist Fight feels forced and not very well thought out, it is a very obvious attempt to stuff as many jokes as possible which ends up hurting the film badly in its attempt to achieve its main goal.

The movie is simply about a bully teacher (Ice Cube) challenging a “nice guy” teacher (Charlie Day) to a fist fight after the last day of school. The movie takes place throughout the last day of school and all the unexpected surprises leading up to the fight. More rude jokes doesn’t mean more laughs. Around 70% of the jokes land absolutely on the lame side of the fence. The average movie goer will get a few laughs and that is quite alright, but not for a trip to the theater, this one is couch movie as best, if that. Charlie Day and Ice Cube are both good in their respective roles but the problem comes from the supporting characters. They are all forced and very fake. They are lazily written characters with no sense of reality especially Ms. Monet played by Christina Hendricks who is one of the most unnecessary, uninteresting and unfunny characters in the movie. 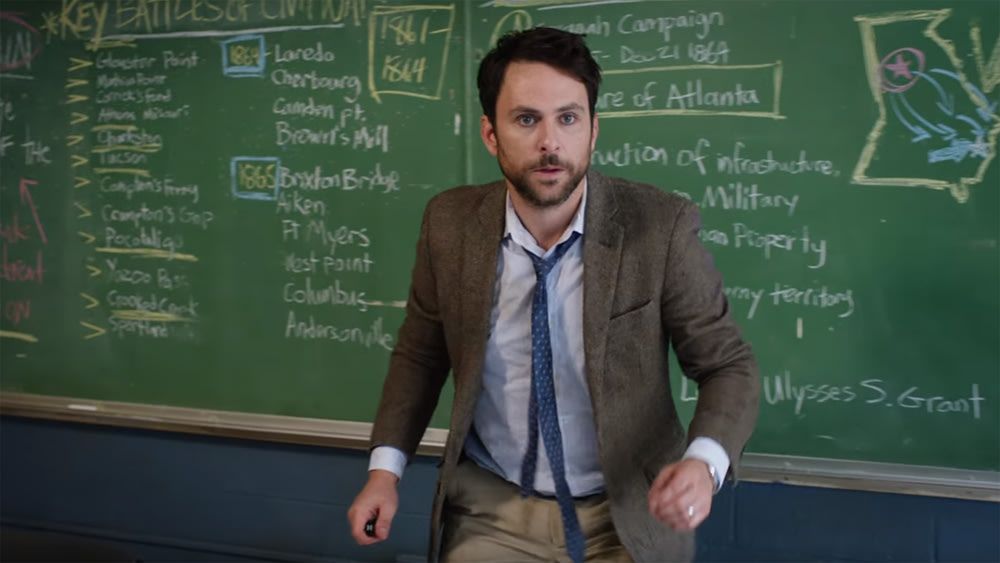 The movie heavily exaggerates the bad state of public schools in the U.S for comedy purposes, but there is an obvious and a clear critique of the declining state of public schools in North America and how values and appropriate teaching are disappearing from the map. In conclusion, Fist Fight is a movie you can watch at home under a few conditions:

1-You don’t have anything else to do

2-You really want to watch a comedy

3-There is no other better comedy available

What did you think of Fist Fight? Let us know in the comments below…